Best Book of 2000, by Lionel Trilling | Will Boast

Best Book of 2000: The Moral Obligation to be Intelligent

Will Boast on why Lionel Trilling’s The Moral Obligation to be Intelligent is the best book of 2000. 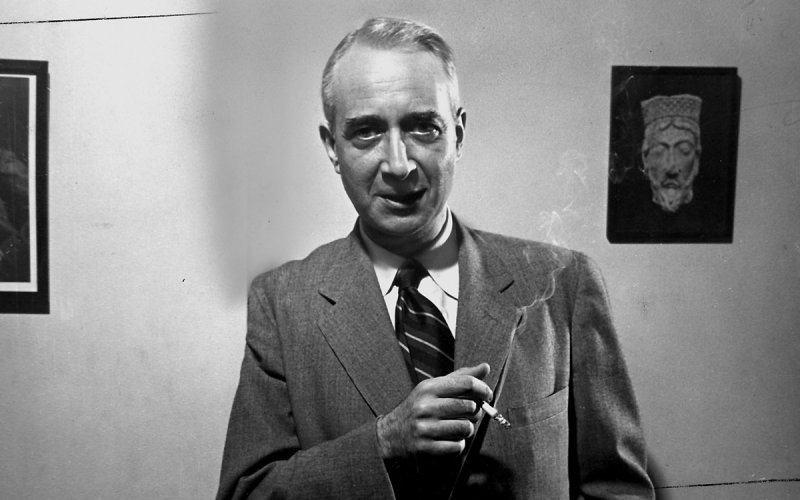 Does anyone my age (officially Gen-X, but still totally ‘with it’) read Lionel Trilling? I was aware, certainly, that he was a towering figure in mid-twentieth century letters, casting a long enough shadow to get name-checked in this prime bit of 90s indie cinema. But this far into the twenty-first century? In a decade or so of mucking around in literary circles, I truly can’t recall hearing Trilling referenced in a classroom, a Brooklyn publishing party or a beery conversation among writer friends. A surprise and an education, then, to crack open this volume and discover how essential it is.

What’s here? To my eyes, near-definitive essays on Orwell and Babel (I don’t think I properly understood Red Calvary until reading Trilling). A merciless and entirely sane excavation of the notion that neurosis/madness and literary genius are somehow intertwined. The tracking, in a particularly far-reaching essay, of the pleasure (and anti-pleasure) principle through Wordsworth, Balzac, Dostoyevsky, Yeats and, of course, Freud. A fascinatingly cagey but no less honest appraisal of teaching the Moderns and the queasiness of watching ‘the acculturation of the anti-cultural . . . the legitimization of the subversive’. A disquisition on the Leavis–Snow Controversy – a learned tiff over whether our education system ought to privilege the sciences over the humanities – that still feels spot-on relevant fifty years on.

Calling Trilling a literary critic or even a cultural critic would be correct, yet both labels sell him short. Most often he’s using the novel, in its Victorian and Modernist incarnations, as a platform to build social, historical and philosophical arguments. Louis Menand calls Trilling the last of the ‘heroic critics’, and any essay that begins with a phrase like ‘It is one of the defining characteristics of our contemporary civilization that . . .’ does, indeed, feel pretty old school. With rare exceptions, Trilling doesn’t do personal – even using ‘I’ seems to make him writhe with discomfort. Looking for incisive, close readings of texts? You won’t often see Trilling quote one. In English departments, the New Critics and the continental philosophers edged out heroics long ago. And then there’s the question of Trilling’s politics: He was a liberal anti-Stalinist who occasionally waxed nostalgic for virtue and modesty and knowing one’s ‘station’, and, like Orwell (Trilling’s hero), he’s been claimed by both left and right over the decades. Finally, there’s Trilling’s prose style, so measured and calm and qualified and circular that now and then you find yourself clawing for a spiky little handhold so you don’t slide right off the page.

Perhaps not surprising, then, that Trilling might be out of fashion at the moment. But, after a week of delving into these essays, I feel that’s a shame. We’re living in a prodigious era of cultural criticism – and thank God it no longer all comes from white men writing about other white men – but sometimes I find myself getting cranky about the sheer volume of opinion and analysis out there and how quickly it arrives: days, hours, even minutes after the press conference or the film release or the incendiary tweet. Trilling writes about dauntingly huge concepts: pleasure, will, power, democracy, the proletariat, the spirit. He’s a high-flying bird, living in an atmosphere perhaps too rarefied for our era. Still, it’s thrilling to watch him swoop and dive and then rise and rise, in his meticulous spirals, to ever higher altitudes.

Will Boast was born in England and grew up in Ireland and Wisconsin. His short story collection, Power Ballads, won the 2011 Iowa Short Fiction Award and was a finalist for a California Book Award. His fiction and essays have appeared in Best New American Voices and the New York Times, among other publications. He has been a Stegner Fellow in fiction at Stanford University and a Charles Pick Fellow at the University of East Anglia in the UK.

This was all another test. And again!

Rae Armantrout on why Ron Silliman's The Alphabet is the best book of 2008.

Rob Magnuson Smith on why Frank Norris' The Octopus is the best book of 1901.

Best Story of 1965: ‘Everything That Rises Must Converge’

Aimee Bender on why Flannery O’Connor's ‘Everything That Rises Must Converge’ is the best story of 1965.