When Asma Safi, a 24-year-old Afghan woman, died of heart failure in Kabul in 2011, her last wish was to be buried in her grandfather’s village in Chapa Dara, a district in eastern Afghanistan controlled by the Taliban.

Asma Safi was my friend and translator, and Chapa Dara was a dangerous place. Its steep cornfields and forests provided the Taliban fighters near total control on the bumpy dirt track that served as the only road into the mountains. The fighters blocked food, fuel and medicine from traveling along that road in order to menace its citizens.

To bury her in Chapa Dara, her father, Ihsanullah Safi, would have to brave the road and return to his home village of Morchal, where he was no longer welcome. He worked for Save the Children, an international NGO that the Taliban opposed. For Safi, taking his daughter home meant risking death at the hands of those fighting against his efforts to build a new and democratic Afghanistan.

Safi went anyway. Loading Asma’s body, wrapped in a white shroud, into a taxi, he set out for the mountains. For Safi, there was only one thing more frightening than being seized by the Taliban. The funeral, like any wedding or other event, might be spotted by an American piloting a drone seven thousand miles away at a military base in Syracuse, New York.

‘If the drone saw us by the grave, it might kill us,’ he told me later, twisting a white handkerchief in his lap as he spoke.

Taxiing past a hangar in the Jalalabad airport, I’ve seen the snubbed noses of America’s Predators in eastern Afghanistan. I’ve heard them at night while lying on a bed made of floor cushions. The growl of a Predator flying low is something between a lawn mower and an angry jet. Its menace is audible. The sound alone has driven people insane.

For those caught beneath its thrum, there’s no comfort that the drone, and whoever is at its helm in America, is only targeting the bad guys. President Obama’s drone strikes in Afghanistan have a history of targeting, by mistake, weddings and funerals. The Obama administration claims 116 civilians have died in these strikes; the Bureau of Investigative Journalism puts this figure higher, at 800. 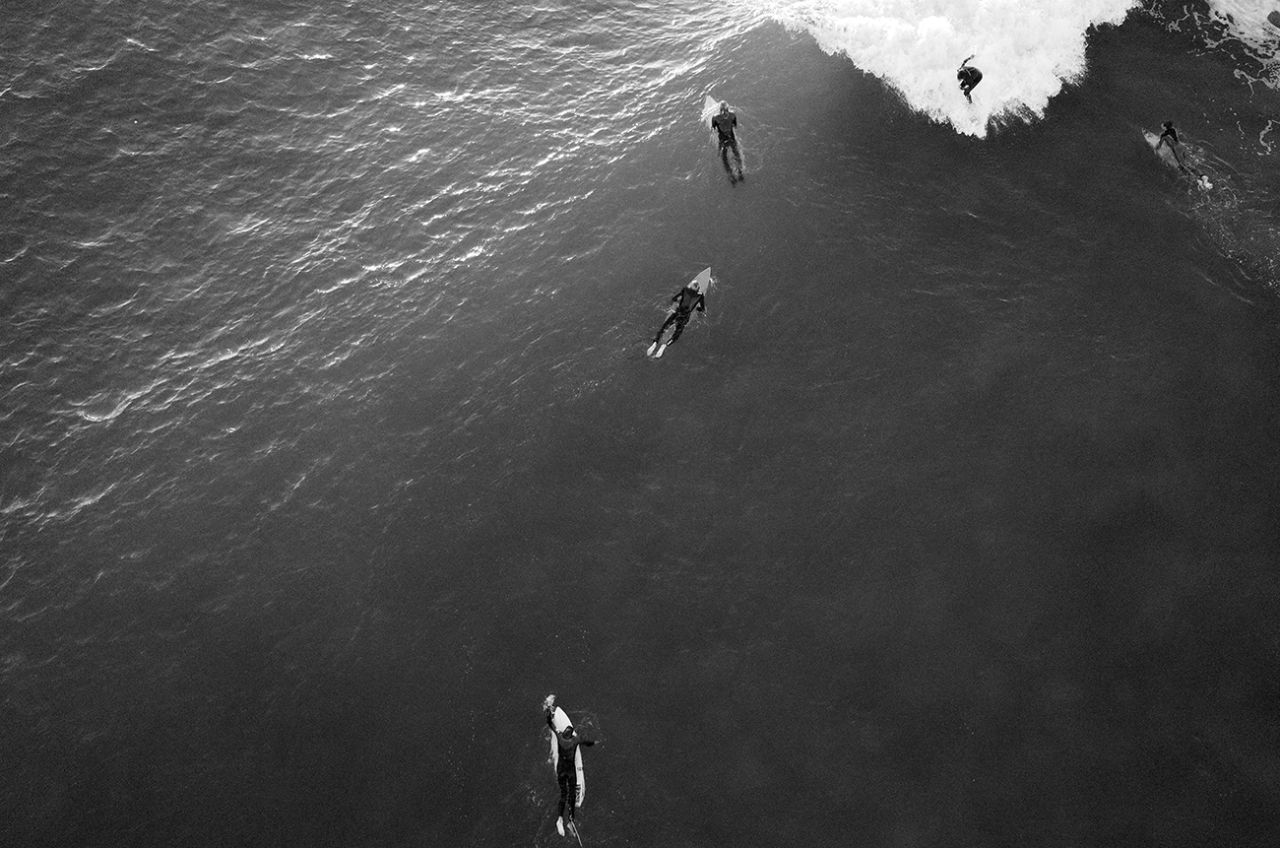 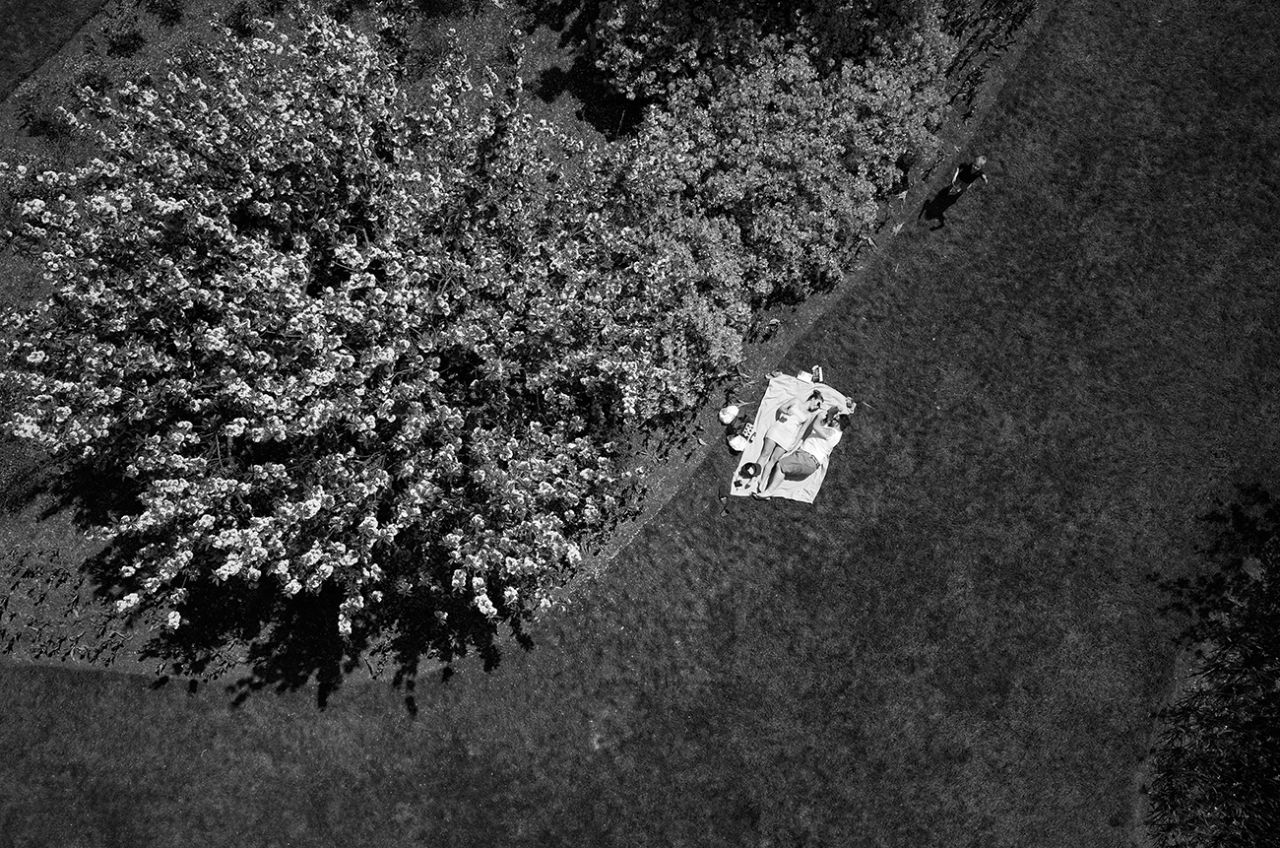 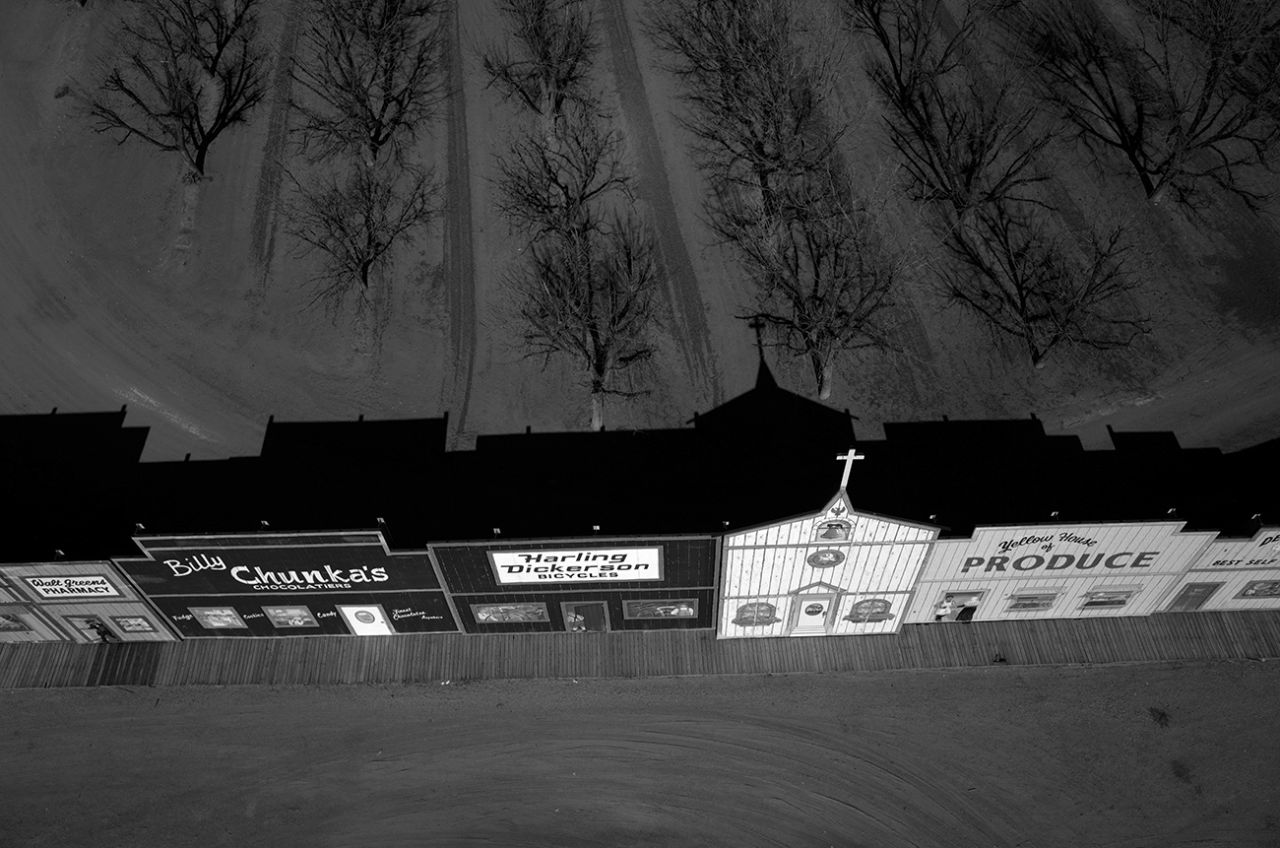 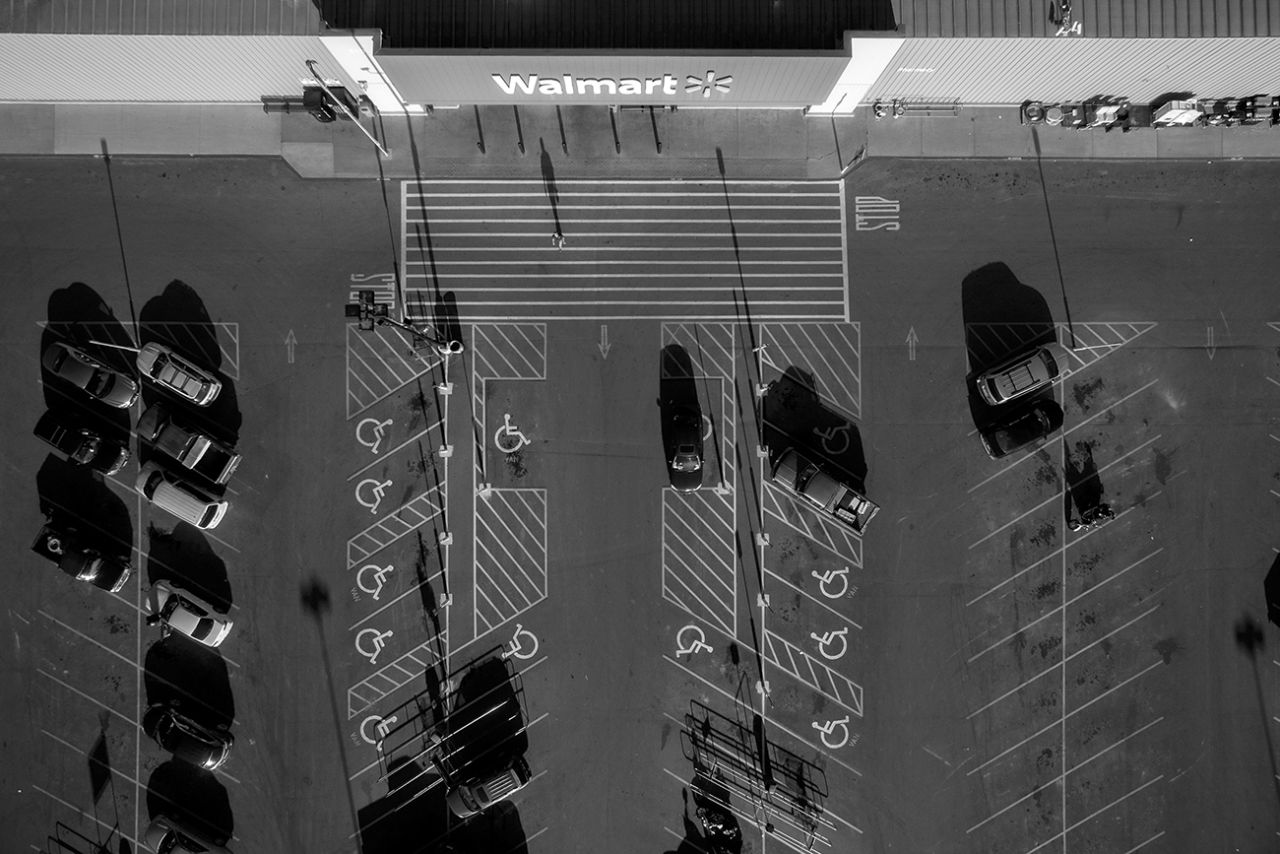 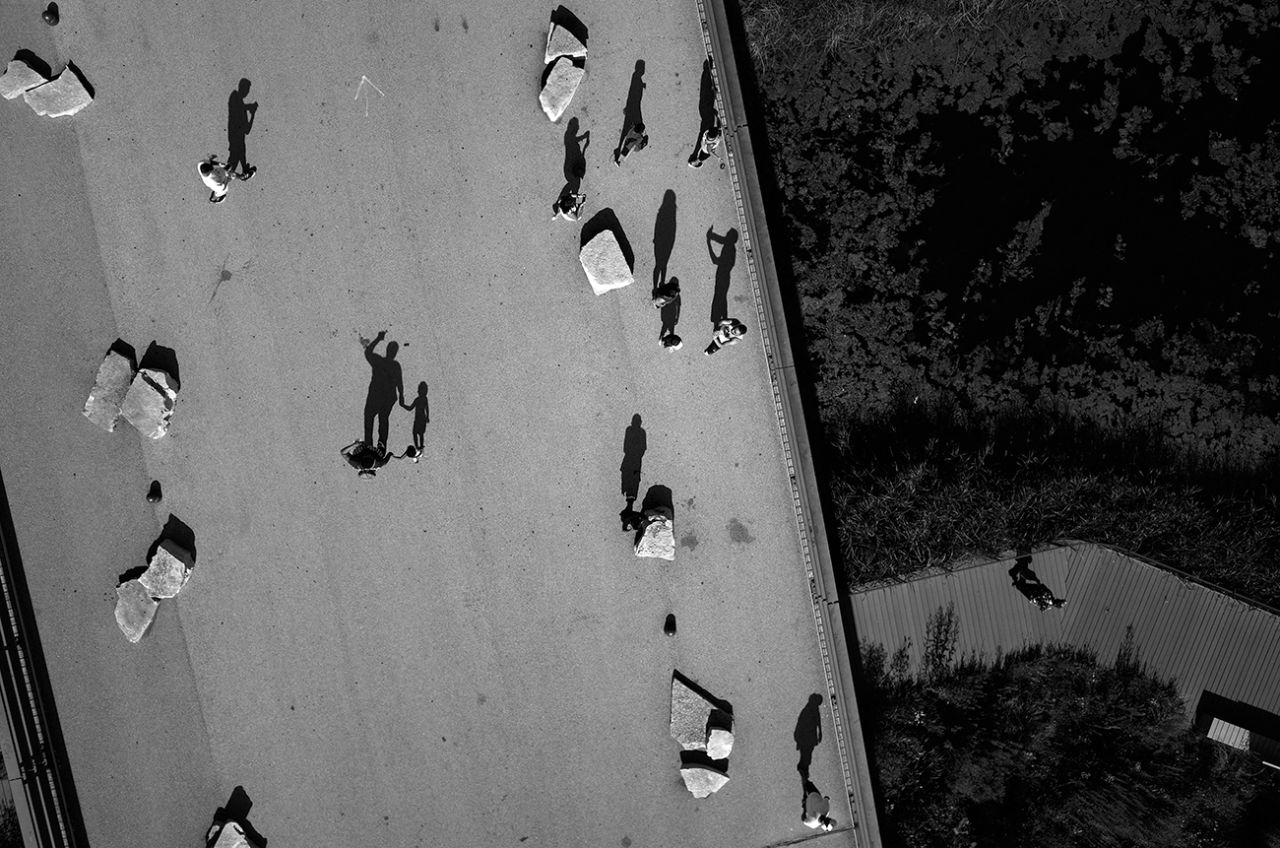 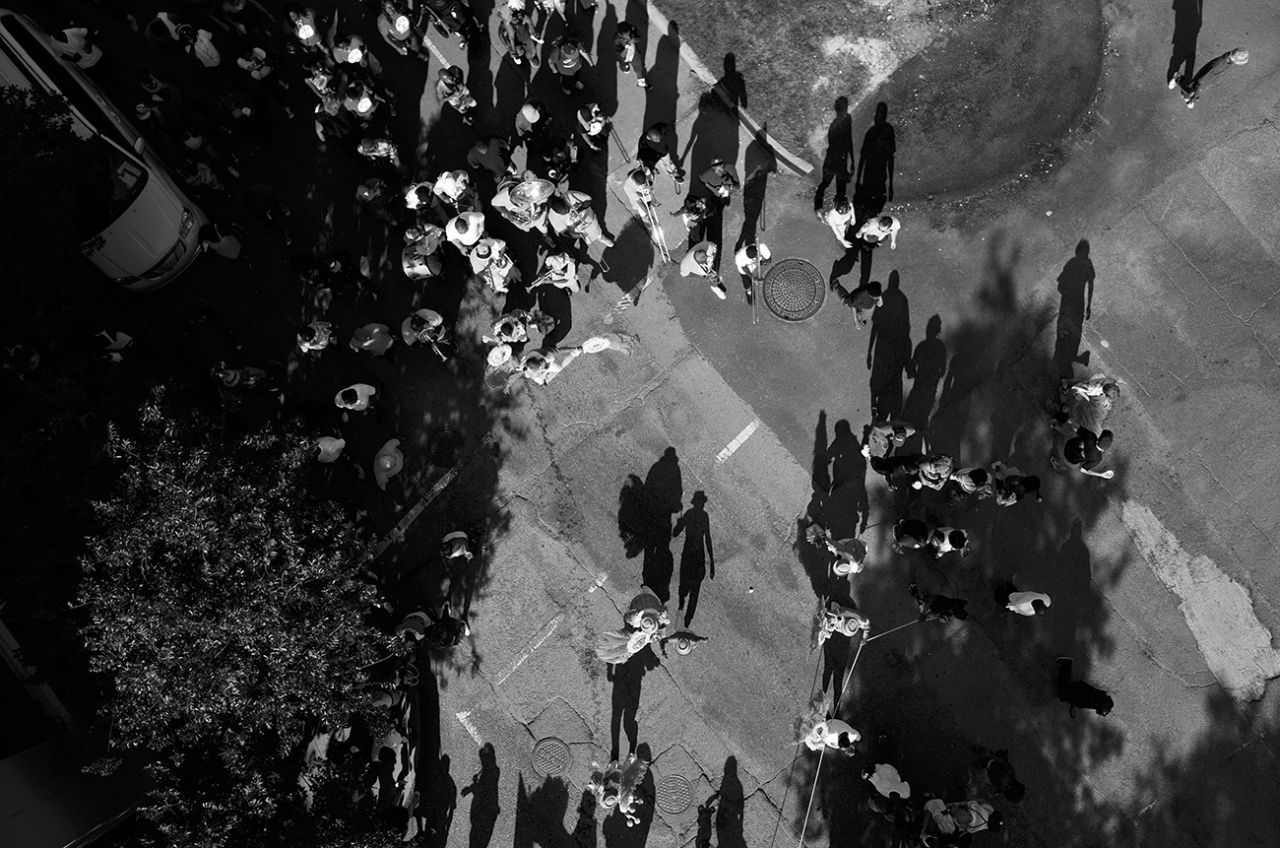 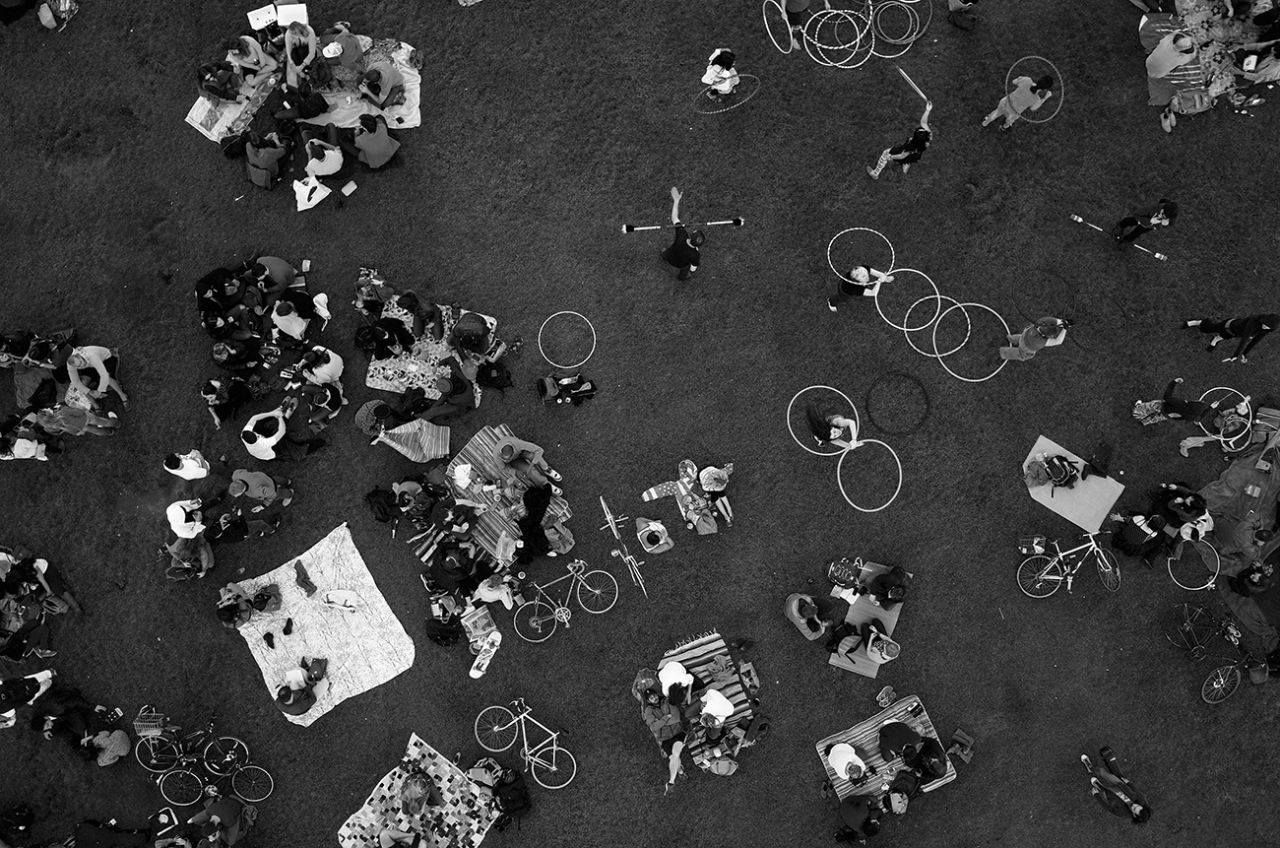 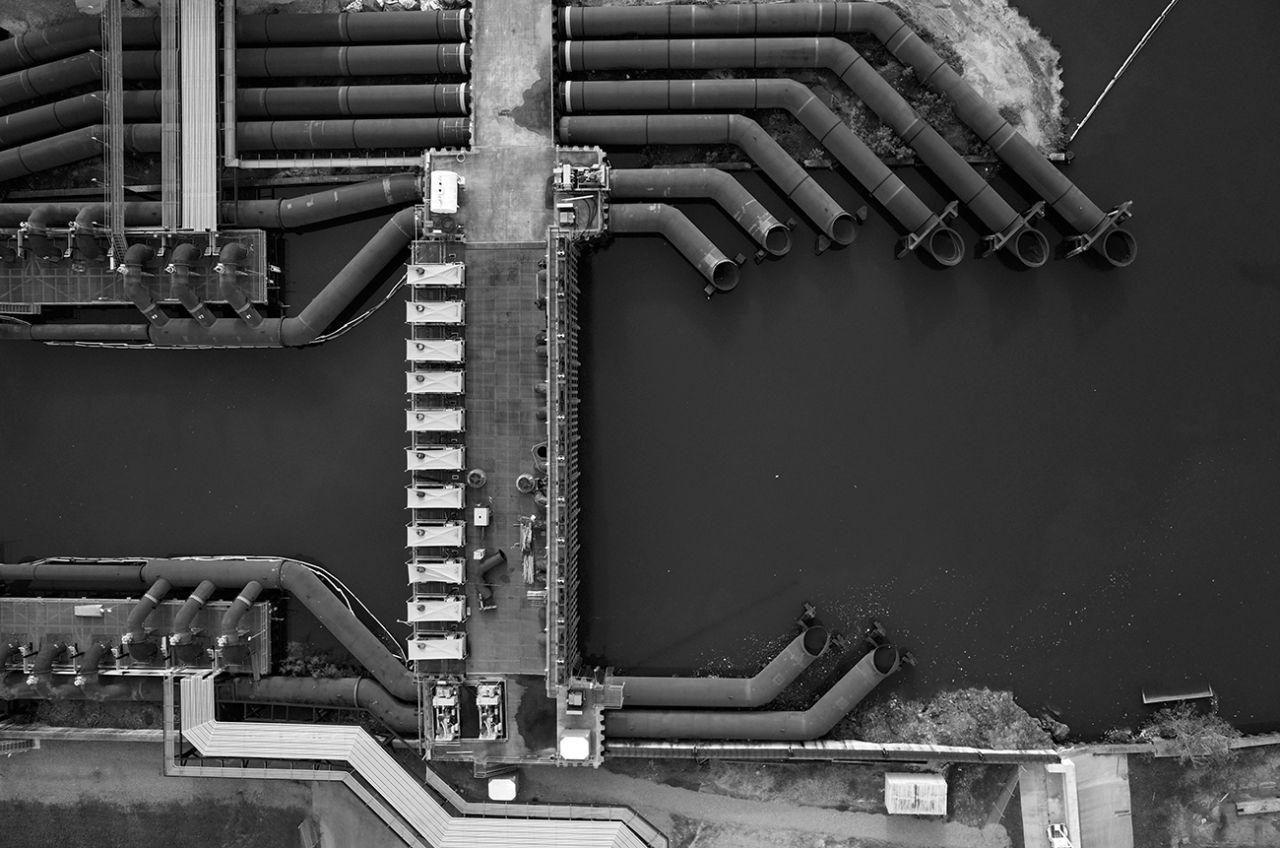 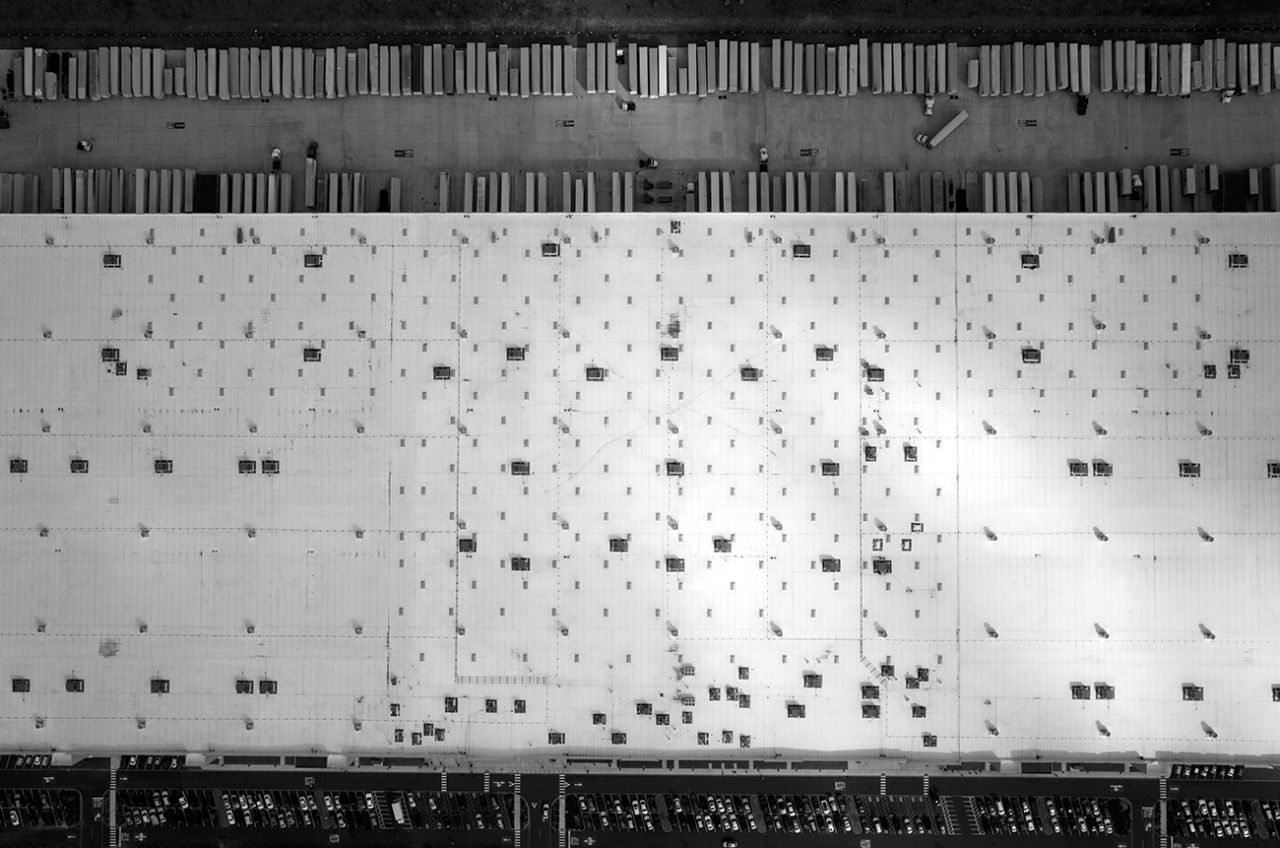 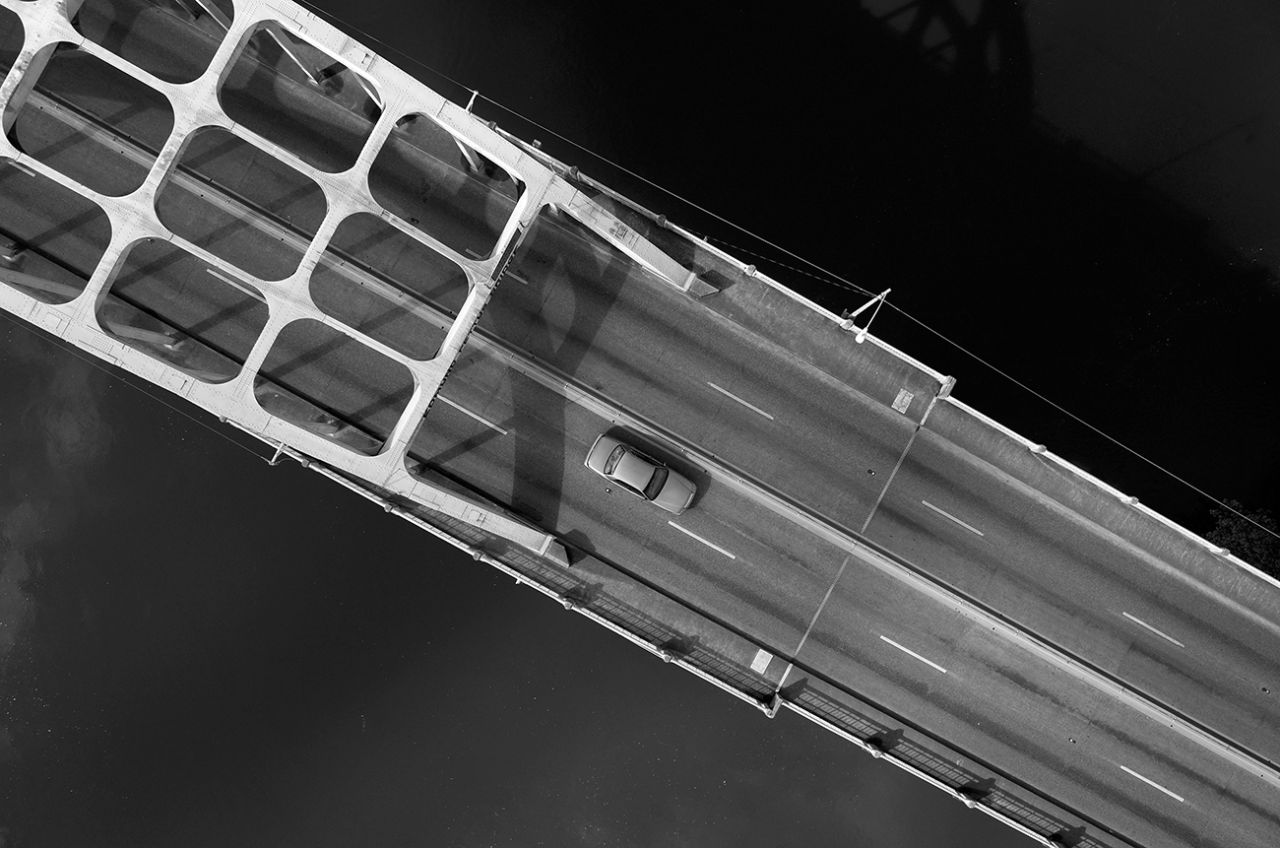 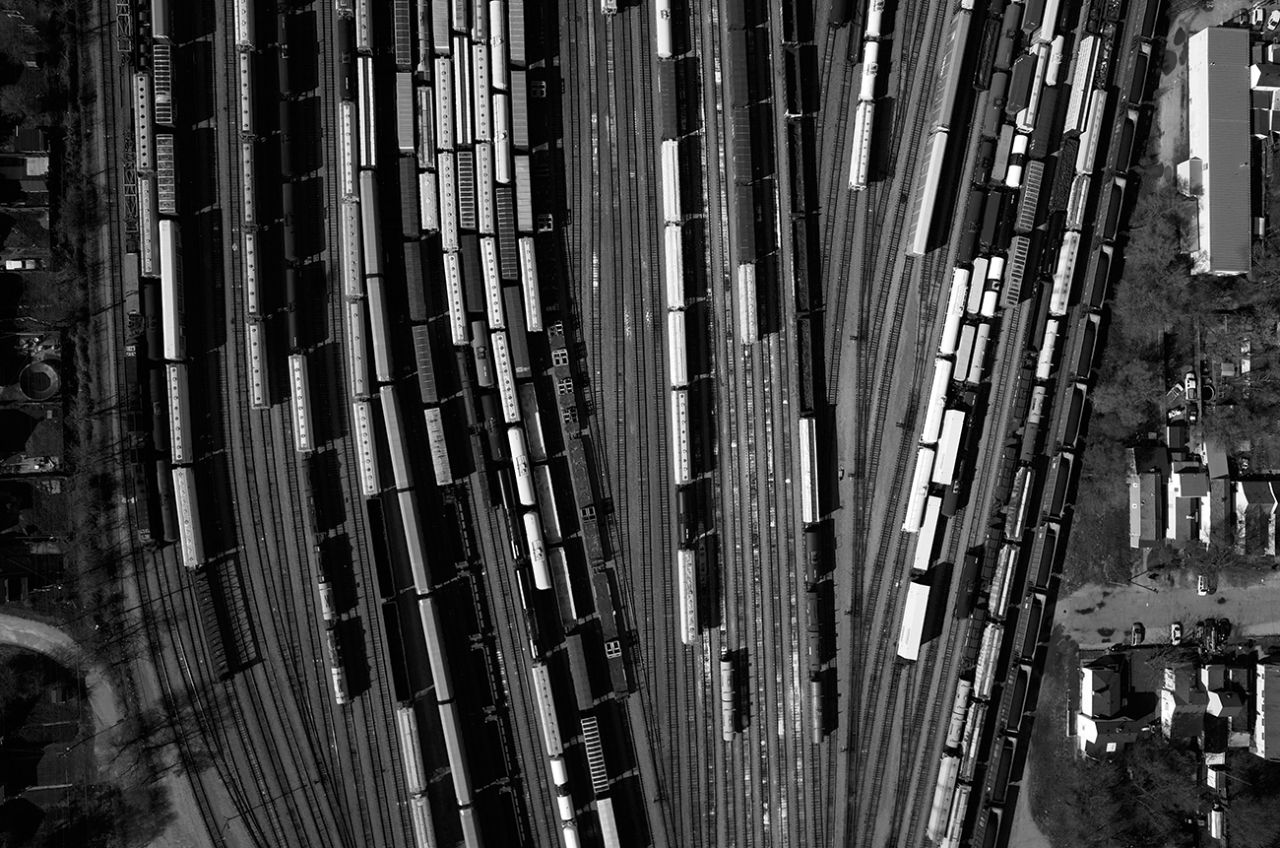 In 2012, one such civilian, Momina Bibi, was outside her house in north Waziristan picking okra, locally called ‘ladies’ fingers’, when the sky filled with the noise of death. There’s no way to know whether Bibi, which means sister, looked up at the last minute, and if the American operator caught sight of her face and realized his mistake before killing her. Wounded by shrapnel and prompted by outrage, her thirteen-year-old grandson, Zubair Rehman, traveled to Capitol Hill in 2014. At a small meeting with lawmakers, he said, ‘I no longer love blue skies. In fact, I now prefer gray skies. The drones do not fly when the skies are gray.’

In an act of quiet rebellion, the photographer Tomas van Houtryve went onto Amazon.com and bought his own drone, a quadcopter, with which he began to photograph, above the United States, the kind of events that the pilots of Predators and their commanders accidentally target: weddings, groups of people exercising, people praying or attending funerals.

The result is his unsettling collection of photographs, Blue Sky Days, which frame the occasions that Afghans, Somalis, Yemenis and others have come to fear. Devoid of easy sentiment and without captions, these lonely images capture an essential vulnerability, laden with the menace a Predator implies.

Ihsanullah Safi decided to risk the funeral for his daughter, Asma. He refused to deny her the honor of a proper burial even if it meant that he too might lose his life. Standing by the grave, he grew even more concerned as local Taliban, wearing the black turbans he feared were easily seen from above, began to gather as a gesture of respect.

After the funeral, Safi visited the local Taliban commander, who’d lost his own son in a drone strike not long before. He tried to talk to the commander about his strong daughter, Asma, and a new Afghanistan in which, under one flag, Afghans as different as they were could build a new country together. The commander didn’t listen. Enraged by his son’s death, he was all the more committed to America’s.

Tomas van Houtryve is an artist, photographer and author. In 2006 he was named one of PDN’s 30 Emerging Photographers. He was awarded an Alicia Patterson Journalism Fellowship in 2008, and in 2010 he was named the POYi Photographer of the Year. His work has been exhibited solo and in collections around the world.

Eliza Griswold’s works include the poetry collection Wideawake Field and the non-fiction book The Tenth Parallel. Her poetry and reportage has appeared in the New Yorker, the Atlantic, the New York Times Magazine and Harper’s. She is a senior fellow at the New America Foundation. ‘Friday Afternoon with Boko Haram’ is taken from a forthcoming poetry collection.

‘The brain is a bureaucratic organ with an almost neurotic determination to balance its books. To account to the department of logic for terror, it calls on the office of imagination to conjure up a worthy vision.’

‘Rich men have been building tall on this hill for centuries.’

‘He chewed on the syllables until they sounded the way they did in movies.’

‘The society that has emerged in post-liberalization India is one consumed both by euphoria and dread.’

‘I was unfortunate to know a Christianity so tainted by colonialism and racial distrust.’

The Mother of All Sins

‘Loving life is the mother of all sins.’